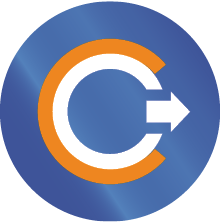 The Shape from Shading (SfS) process assesses the scattering properties of an object when illuminated from different directions. Light falls on an surface and is scattered there, depending on the angle of the surface element to the light source and to the camera, a certain intensity of light is picked up by the lens. The camera records this luminance pattern. Due to the dependence of the intesity on the angle of the surface, the surface profile can be reconstructed from this.

Especially for materials that are otherwise difficult to measure such as metal, cast iron, rubber etc, stable and robust results are achieved by means of SfS. By using a single camera, SfS can be implemented easily and robustly.

EXEMPLARIC EXPOSITION OF THE PROCESS

In the picture above you can see identical parts with different colouring (texture) and partly with additional print. Due to the rough surface and the different shades, it is not possible to read out the clear text or to check for scratches in the original image. In the synthetic image below as a result of the SfS analysis, further evaluation is robust and reproducible

For further illustration, this sequence of images shows a tool wrench with raised lettering. On the left, the original image, which is difficult to read. In the middle the image generated by SfS. On the right, the font extracted from it by an OCR process.

Dark plastic or rubber, especially in connection with metal, also represents an often unsolvable problem for image processing. Here, too, the SfS analysis provides a clear profile due to the structure. On the left the image of a dark plastic, on the right the images after the SfS evaluation.

SfS is often also used for the defect detection of surfaces. Blowholes, inclusions, raw/unprocessed surfaces, scratches, dents and stalks can be evaluated robustly and quickly with SfS analysis. On the left the inclusion of a metal surface with a hole, on the right the surface structure.

Your satisfaction is our goal

As a shareholder and partner of Invisium GmbH, CMO-SYS GmbH is pleased to welcome them in our building in Stauferpark from August.

Invisium GmbH will complement the area of ​​system-oriented image processing in a partnership and offers in particular extensive and long-term experience in project planning and application creation of complex industrial image processing tasks as well as the sale of image processing components and complete system solutions.

Together with Invisium GmbH, around 10 experts in the field of image processing are now available and thus guarantee high performance and redundancy in the implementation of even large projects.

An experienced sales team ensures that you as a customer and partner always get quick and easy access to the extensive range of services of the companies CMO-SYS and Invisium in the field of image processing, automation technology and data processing through one contact person.

Further information can be found at: https://www.invisium.io/

Not found the right thing yet?

We are here to find solutions for your problems!

The statistical analysis is performed on a Matomo instance, hosted on our own servers. There is no transfer to third parties.
With these anonymous statistics, we can check the interest in our offer or in our content.